The other day, while getting the kids ready for school, I got possessed by this idea of an ape escaping the head of a man — The ape was terrified. Or angry. His emotions stood in direct contrast to the detached, empty stare of the man. After a whole, it seemed to me that this was an adequate representation of an idea I've held deep inside my heart for as long as I can remember: that we all live in a society strangled by notions of propriety—that deep inside, we are so discontent with the way things are we just want to yell. Rebel. Esc(ape). Be free. Get naked and run under the sun, feeling the grass under our feet and the air flowing through our hair. Later that day I picked up the tablet and began drafting. Ever tried drawing an idea? It’s f***ing hard. I’m sure it gets easier the more you do it, but for me this was the first time. Some (dozens of) changes later, I decided on using an android instead of a man, as a stand-in for humanity; it appeared to me that this built appropriately on the idea that we have turned ourselves into machines in order to fit, to work, fighting ourselves all the while, trying to contain beast down, to drive it deep within the unconscious—burying our true feelings values and desires—without realizing all we are doing is making it hungrier.
BTS; crazy how hours of work can be summarized in 15 seconds 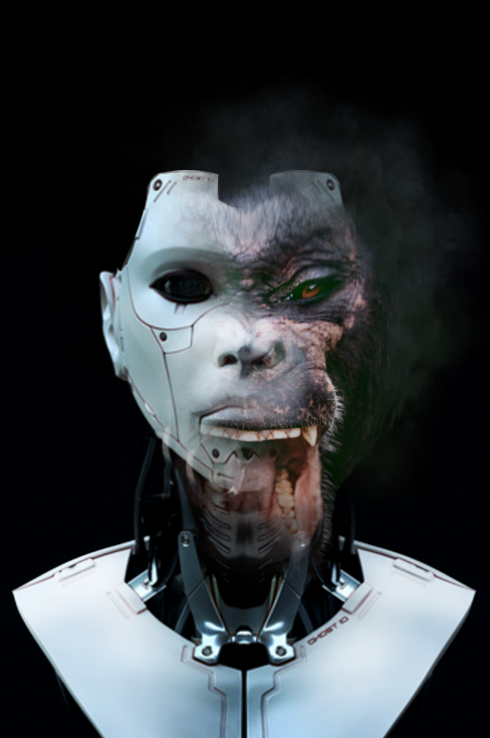 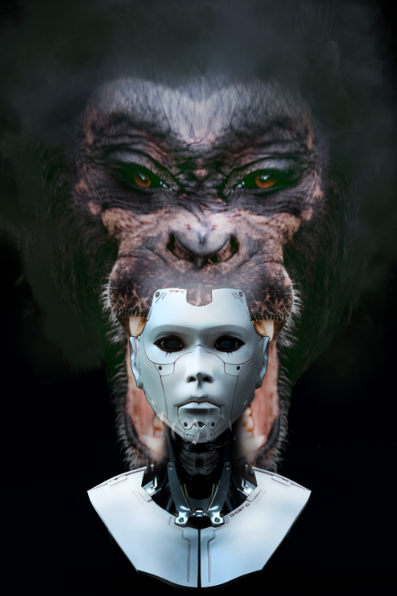 Early drafts
↑Back to Top